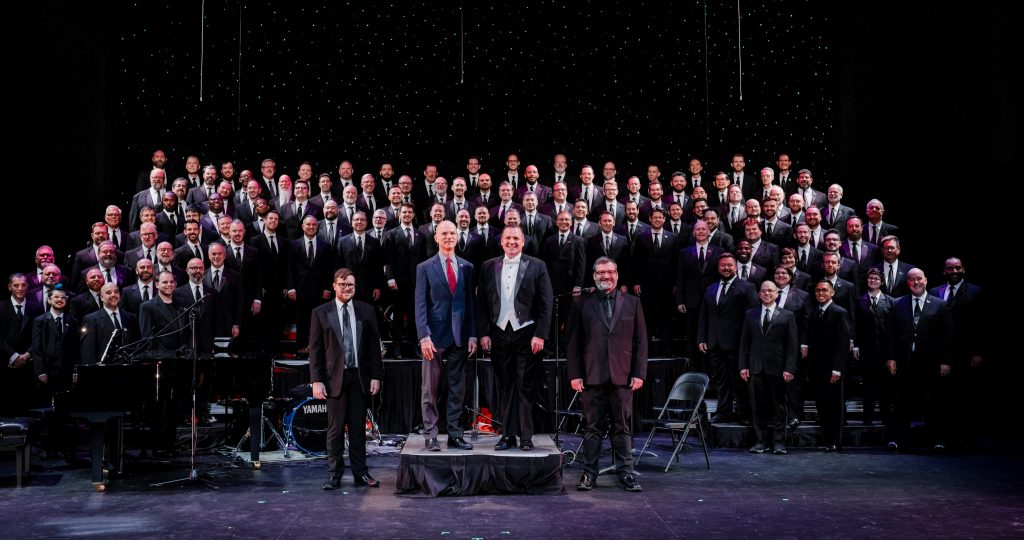 This fall, Spruce checked in with its 2020 Grantees to see how they were faring admist all the craziness of the past year—and I had the pleasure of checking in with the Spruce Foundation’s 2020 LGBTQ Grantee, Philadelphia Gay Men’s Chorus (“PGMC”).

PGMC entertains audiences, supports communities, and fosters acceptance through exceptional musical performance. They are a community that celebrates differences and a chorus that inspires change. PGMC runs youth outreach programs with the goal of inspiring LGBTQ youth to be empowered, proud and resilient. Simultaneously, by reaching students of all identities, PGMC creates opportunities for non-LGBTQ students to confront and reduce prejudice, creating a safer and more accepting school environment. Pre-Covid, PGMC’s youth outreach programs served Philadelphia area students and youth through in-school performances and “talk backs,” as well as through a free ticket program for students and youth to attend performances. Due to the onset of the pandemic in March, PGMC was forced to cancel all in-person activities.

For this interview, I spoke with PGMC’s Executive Director, David Bielenberg, PGMC’s Board President, Anastasia Zuccaro and the Chair of PGMC’s Youth Outreach Program, Thom Wolfinger—and let’s just say the conversation was nothing less than inspiring.

T. Marini (Spruce): I want to start off by asking you generally, how everything has been going this year—specifically with the pandemic. How has PGMC done with facing everything this year has thrown at it?

D. Bielenberg: It has definitely been a challenging time for everybody. I’m sure for all of you at Spruce as well. We definitely have had some challenges. Singing, as you can imagine, is considerably challenging. They consider it, in our field, to be a super spreading event, as it involves getting people together and opening their mouth to sing!

We signed our grant agreement with Spruce on March 6, 2020. Less than a week later we were forced to cancel our first rehearsal, and we haven’t met in person since then. But we have been meeting virtually, which has been really great. And even though we had to cancel our two (2) in-person concerts that we had scheduled for March and May of 2020, we were able to put together a virtual concert that we presented in June as part of the LGBTQ pride celebrations. For the virtual concert, we were able to incorporate a couple recordings of previous concerts, as well as some virtual choir recordings—so we were really pleased with the outcome of that.

T. Marini: How has the pandemic effected your youth outreach programs?

D. Bielenberg: We’ve been doing what we can, given the limitations. More importantly, thanks in part to support from Spruce, we were able to pilot a new program this summer called Outside Voices. We took the program to Liguori Academy—a school in the Port Richmond neighborhood of Philadelphia. Liguori Academy caters especially to students who have faced unique life challenges and struggles and are working to overcome them and receive an education.

Outside Voices introduces a new curriculum which focuses on the experience of those students from Generation Z. It is a story telling curriculum that invites the kids to tell stories about themselves, and to listen to, read and hear stories about other people, important people in history, as well as people from all different backgrounds and experiences. The students start off with hearing about the story of Matthew Shepard. They also hear stories about Rosa Parks, as well as stories about some other people really important in more minority community history, that sometimes are not always told.

The program had 8-10 students and took place over a really intensive 6 week period. During that time, the students each had a chance to create and share their own stories using prose, poetry, and music. [Liguori Academy] was thrilled and the students really got a lot out of it. It was really a success. And now we are going to be starting a similar program with the same school later this month.

The second student outreach program we are working on now, is a video project, which will incorporate songs, some past performances, as well as short videos from our members sharing the stories of when they knew they were different. Once the video is put together, we plan on sharing it with the school partners that we’ve developed relationships with over the last 6-8 years. We are also considering sharing this video with potential future school partners and allowing it to be an introduction to PGMC.

This is just our way of taking the opportunity to let [PGMC’s partner schools and the students] know that we are still here and still thinking about them and that we hope to come back and be with them again as soon as we are able to safely gather.

T. Marini: These programs sound incredible. With respect to the Outside Voices program, was everything implemented virtually? What was that like?

D. Bielenberg: Yes. The entire program was conducted through either Zoom or Google Classrooms. These platforms also allowed us to utilize the breakout rooms, to have one-on-one moments with the students as needed. We also had teaching partners and other staff from Liguori Academy that joined the program and were identified as “mentors”. As a result, there were about 3-4 mentors for the 8-10 students that were there—so I think the students really felt like they got a lot of personal attention.

T. Wolfinger: At the end of the program, the students said that they were going to miss our time together. So just that they had the opportunity to gather, I think was important.

We believe that this program is truly groundbreaking, specifically as it relates to the LGBTQ population. As horrible as this pandemic has been, it is amazing what has grown from this very negative space that we were in. Had this not happened—I am not saying we wouldn’t have been this creative—but had this not happened, this inertia and impetus may not have been there, like it has been—and now look at what the potential is!

Spruce’s support and partnership are part of what made this program and its subsequent enhancement, possible—this is why these relationships matter. So thank you.