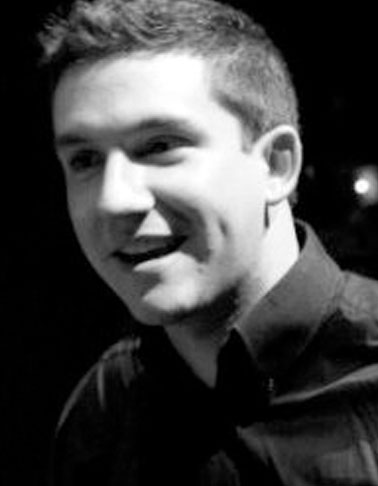 You don’t have to be from Philly to be making a difference in this city – Nick Thompson proves that. After graduating from Binghamton University in 2013, he moved to Philly and has been a force for good ever since. He came to Philadelphia to earn his Masters of Public Health at Drexel University. He aspired to be a physician when he was younger, but was drawn to public health through his love of service and a deep feeling of responsibility to give back.

Nick started working at Thomas Jefferson University Hospitals in 2015 after receiving his MPH. He specifically works as a Project Management Analyst, ensuring work is effectively completed in a timely fashion on the Epic implementation, so the hospital can do as much good as possible for its patients. However, he believes that making a real difference shouldn’t stop when you leave the office; it is just as, if not more, important to continue to make a difference outside of work too.

Prior to Nick’s work at Jefferson, he was president of the Graduate Student Association at Drexel, where he actively worked to inspire busy (understatement) graduate students to engage in their passions and community causes in Philadelphia. He has also been actively involved with the American Public Health Association (APHA) in their Maternal and Child Health Section. With APHA, he was on point to help create appropriate messaging and make data digestible to the public related to antibiotic resistance and gun violence prevention. In addition, Nick has participated in cooking for the Gift of Life Family House, where transplant recipients spend time and recover with their families. He made families feel more safe and welcome during a time that can feel scary or uncertain. He also volunteered at St. Christopher’s Hospital for Children, and has spent weekends giving food at St. Peter’s Food Cupboard.

Sitting on the grant applicant committee is one of the most important functions of Spruce volunteers as they are the group of people that grade and ultimately select our grantees. Nick has been one of those volunteers for the last two years and plans to continue assisting as long as they need his help. Some people give back by using their skills to create strategies to help others.

Some people give back by becoming an expert in their field and working to effect change through process and hard work. Still, others give their time to improve the lives of individuals by communicating and giving directly to them through volunteering. Nick Thompson does all those things.

Instead of being dragged down by the current negative political climate, he thinks millennials should use that energy to continue to stay involved, give back and stay engaged in what’s going on in the world. Some of Nick’s inspiration and optimism comes from TED Talks – he specifically recommends “Why Good Leaders Make You Feel Safe” by Simon Sinek and “Why Some of Us Don’t Have One True Calling” by Emilie Wapnick.